The Advantage of Being a Little Underemployed

Morgan Housel, the famous investor, wrote an article titled “The Advantage of Being a Little Underemployed” on the importance of taking time off during work hours, just to think.

In Housel’s article, he describes how critical it is to take breaks during work.

Not to play like they do in Google, but to simply gaze, glance, clear your head and let your mind do the processing it so urgently needs.

Housel claims that doing things that are not work-related during work hours is actually the most important part of our day!

Housel also shares a surprising historical story about how we all ended up working 8-9 hours a day (hint: it wasn’t planned or thought through all that much…).

Read and share internally for the company you work for (downloadable PDF below) so that others are aware of the importance of being “busy thinking” and not just “busy working.”

The Advantage Of Being A Little Underemployed (abridged)

Before 1900, the average American worker worked more than 60 hours a week.

A standard schedule was ten-hour days, six days a week.

You stopped working when it was too dark to see or to go to church.

It was exhausting. It was often fatal.

Unions helped turn this around. In 1916, railroad unions demanded an eight-hour work day, largely because work after that point correlated with a rise in accidents and death.

The railroads declined. So workers went on strike. America’s rail system nearly came to a halt. President Woodrow Wilson, desperate to get the trains moving, asked Congress to write an eight-hour railroad work day into law, AKA The Adamson Act.

It used the Adamson Act as a template, as no one wanted to favor one field over another.

The eight-hour, five-day workday was standardized for all industries.

Every person I’ve worked with comes back from vacation saying some variation of the same thing: “Now that I had some time to think, I’ve realized …” “With a few days to clear my mind, I figured out …” “While I was away I got this great idea …”

The irony is that people can get some of their most important work done outside of work, when they’re free to think and ponder. The struggle is that we take time off maybe once a year, without realizing that time to think is a key element of many jobs, and one that a traditional work schedule doesn’t accommodate very well.

We’re set on the idea that a typical work day should be eight uninterrupted hours seated at your desk.

Tell your boss you found a trick that will make you more creative and productive, and they ask what you’re waiting for. Tell them that your trick is taking a 90-minute walk in the middle of the day, and they say no, you need to work.

Another way to put this is that a lot of workers have thought jobs without much time to think. The “larger questions” often can’t be tackled at work, because creativity and critical thinking require uninterrupted focus – like going for a walk or sitting quietly on a couch by yourself. Or a bike ride. Or talking to someone outside your field.

The traditional eight-hour work schedule is great if your job is repetitive, customer-facing, or physically constraining. But for the large and growing number of “knowledge jobs,” it might not be.

You might be better off taking two hours in the morning to stay at home thinking about some big problem. Or go for a long mid-day walk to ponder why something isn’t working. Or leaving at 3pm and spend the rest of the day envisioning a new strategy.

There’s never going to be an Adamson Act for knowledge workers who need time to think. It’s up to you to figure it out.

The first step is realizing that taking time in the middle of your day to do stuff that doesn’t look like work is the most important part of your work day.

To read the full version of this article 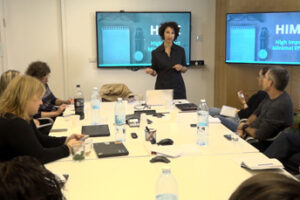 Here Are Two Questions I am Most Often Asked

Question #1: “One of my team members works 24/7 , this makes me look bad, I can’t and don’t want to be available the same 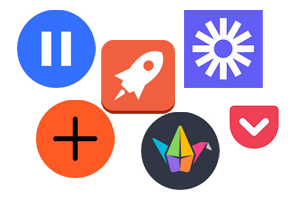 7 Add-Ons for Your Browser

My current Add-On Tool Bar Add-Ons’ are extremely helpful with saving time & energy but they can also sometimes technically interfere, so its good to 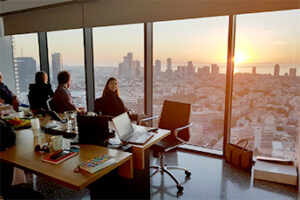 Daydreaming daily is guaranteed to turn you into a productivity ninja

The simple activity of daydreaming daily will turn you into a productivity ninja (!) How is that possible, you may ask? Watch me explain it

Want to learn about time-hacking techniques?

Give yourself the gift of time 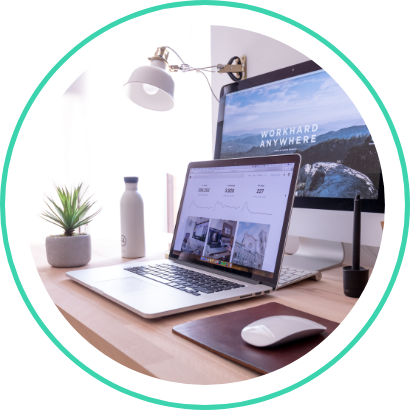 all rights reserved to HIME 2019 | Designed by DRILL

This website uses cookies to improve your experience while you navigate through the website. Out of these cookies, the cookies that are categorized as necessary are stored on your browser as they are essential for the working of basic functionalities of the website. We also use third-party cookies that help us analyze and understand how you use this website. These cookies will be stored in your browser only with your consent. You also have the option to opt-out of these cookies. But opting out of some of these cookies may have an effect on your browsing experience.
Necessary Always Enabled
Necessary cookies are absolutely essential for the website to function properly. This category only includes cookies that ensures basic functionalities and security features of the website. These cookies do not store any personal information.
Non-necessary
Any cookies that may not be particularly necessary for the website to function and is used specifically to collect user personal data via analytics, ads, other embedded contents are termed as non-necessary cookies. It is mandatory to procure user consent prior to running these cookies on your website.
SAVE & ACCEPT